iPhone Xr 3D Touch Alternative best tips and tricks, so the tip I have for you actually has to deal with a 3D Touch interaction that isn’t in the iPhone XR, so if you know anything about the iPhone XR are you know that 3-D touch isn’t supported on it. It’s one of the features that the iPhone XR doesn’t have. But one of the most important features with 3-D touch for me is moving that cursor around. So say you’re typing in an application and you want to move that cursor around. 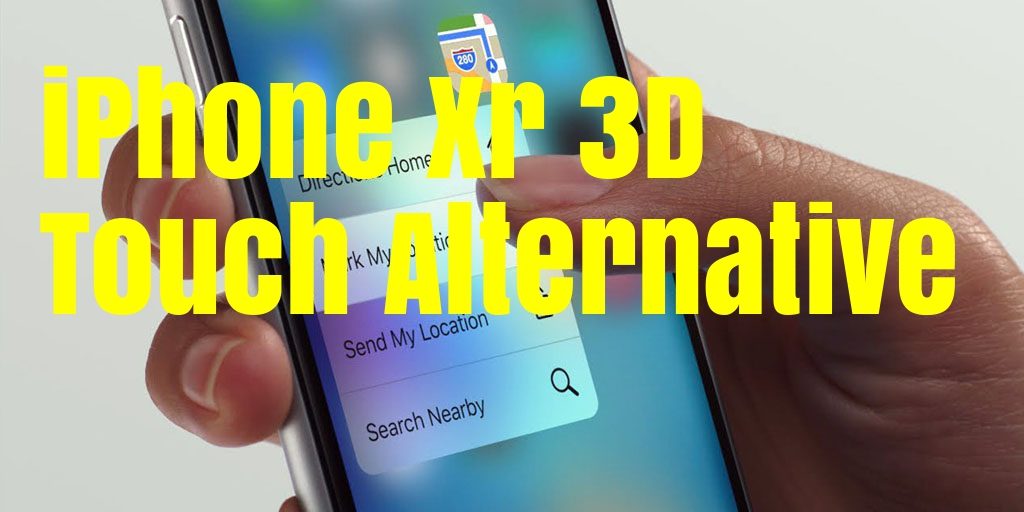 All you have to do instead of 3-D touching the characters on the keyboard is actually long press the space bar you’ll feel a haptic touch and you’ll notice that a cursor pops up on the keyboard and then you can get into your text selection tool you can move around the insertion point and more accurately pick where your text is.

Another feature on the iPhone XR is haptic touch. Now you might not exactly know what this is if you’re coming from 3-D touch and you don’t have that feature anymore you’re thinking OK what is haptic touch and there are a few instances where you can access these quick actions most notably in control center if you swipe down you’ll notice that you have all the control panel on the iPhone XR aren’t all you have to do is long press into those control panel. You could see that you get some quick interactions which are very similar to 3-D torch. It’s basically just a long press with haptic feedback and you can actually use this in a couple more locations say you’re on the lock screen you’ll see a flashlight icon and a camera icon.